Awakening the Church in the midst of the global crisis 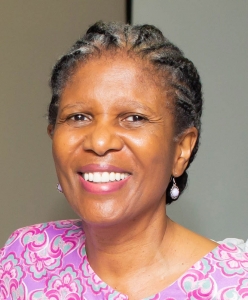 In the beginning God created the heavens and the earth. The earth was without form and void; and darkness was on the face of the deep. And the Spirit of God was hovering over the face of the waters. Then God said, “Let there be light” and there was light — Genesis 1:1-3

The current global crisis caused by the Covid-19 pandemic brings the Scripture above to mind. There is chaos and darkness on the face of the earth and the Holy Spirit once again is hovering over the earth waiting for a word to come from the Bride of Christ. I feel as if there is a sound that heaven is waiting for, a sound that will cause God Almighty to stop this evil.

In the days of Elijah when the nation was not sure who to serve, whether the Lord God or Baal, there arose a Prophet by the name of Elijah. He was tired of watching the people of Israel faltering between two opinions as to whom they would serve. He then declared to the King of Israel at the time that there would be no dew or rain in those years except at his word — and there was no rain for three and a half years.

The moment Elijah declared those words, he received a word from the Lord giving him direction on where to go. And throughout the time of drought the Lord took care of him.

The Lord was watching the confusion and gloom that was upon the people of Israel because of bad leadership but was waiting for His people who are called by His name to speak to that situation. The moment Elijah spoke the Word the Lord wanted to hear, God established it for him.

The Bible says Elijah was a man with a nature like ours. He prayed earnestly that it would not rain for those years and it did not rain, And he prayed again and Heaven gave rain.(1Kings 17:1; James 5:17,18)

It is clear to many of us in the Church that there are individuals and groups who are exploiting the pandemic crisis to promote agendas that are hostile to Christianity. Likewise, we see that some are attempting to impose their schemes globally and that part of their agenda is to silence the Church and any voice that would oppose them.

As the Church, we know that the current Hebrew year 5780, according to the sacred calendar, is the year of the mouth, meaning it is the year to use our creative nature to speak things into being like our Father God, who spoke and things were created. We are made in the image and likeness of God, we have His creative nature. There is a Word the Lord is waiting to hear from us and the time for that word to be released is now. When that word is released Heaven will move.

Covid-19 has caused people to wear masks and one cannot help but see through the agenda of the enemy, which is to shut the mouth that is supposed to speak the word that the Lord is waiting to hear from the earth. The year 2020, according to the Gregorian calendar, is the year of redemption, recovery, restoration, restitution and repatriation — and the Church is silenced, gripped by fear of death, confused, mocked, humiliated, stripped of Her dignity and has lost Her identity.

Suddenly the Church that has been preaching about the power of the Lord Jesus Christ for over 2 000 years was paralysed by the words of the media and by mankind, some of whom are part of this agenda being pushed by sworn enemies of the Church.

This virus has been able to bring the world to its knees, destroying lives, families, economies of nations and threatening to disrupt the destinies of people and nations.

All this is happening while the Church, which is aware of the plans of darkness has been masked and unable to talk. Even now, after over two months of lockdown the Church appears unready to speak out against the evil plans being spread across the earth. She is still not ready to rise up and to exercise the power, the dominion, the authority that Jesus Christ gave Her against all demons, to cure diseases, to preach the Gospel of the Kingdom of God and to heal the sick. (Luke 9:1,2)

This power was freely given to Her over 2 000 years ago. Not only that, but the Lord also gave Her the Holy Spirit and has released innumerable hosts of angels to help Her in this fierce war of God’s presence and power.

The Lord delegated all that was given to Him by the Father in Heaven, which was dominion, the glory and the Kingdom, to all who would believe in Him through the words of the First-Century apostles.

The Son of Man was given dominion so that all peoples, nations and languages should serve Him. He delegated His dominion and His glory to believers so that there might be unity in the Church.

He gave them the Kingdom so that even in times of shaking, like now, they would remain standing and would continue to carry out the commission He gave to them — to disciple the nations. (Daniel 7:13,14; John 17:22)

We see in what is happening in America that if Covid-19 does not succeed in bringing complete destruction, then the enemy will bring chaos through racial wars and police brutality or one thing or another.

This spiritual war is all about the plan of enemies of God to rule on earth through wicked schemes in the health, economic, governmental and other spheres.

Church wake up
It is time for the Church to wake up to know who She is and to take Her authority and confront this evil agenda head-on.

Jesus gave to the church the keys of the Kingdom; this is the time for Her to use the keys She was given to bind and to loose with confidence, knowing that She has the backing of Heaven, that whatever She binds on earth will be bound in Heaven and whatever she looses will be loosed in heaven. (Matthew 16:19)

When the Lord entered Jerusalem before going to the cross, His first stop was the temple to cleanse it and to put it in order. He drove out the money changers and those who sold doves and declared that His house shall be called a house of prayer for all nations according to the prophecy of Isaiah. (Isaiah 56:7)

When the Body of Christ becomes tired of being manipulated through witchcraft, the Lord will break the yoke from Her neck and will burst Her bonds. Foreigners shall no more enslave Her but She shall serve the Lord Her God fully and freely and the leader, whom God has raised up for Her. (paraphrase of Jeremiah 30:8,9)

This Covid-19 must leave in the same way it came. The devil must not even try to bring the chaos and the confusion he is bringing in the nations through Covid-19 to Africa. The Lord has spared Africa from the worst of this pandemic. None of the plans of wickedness will work here.

The demonic weapon of racial division will not work here either because everybody who is born in Africa is an African. Africa is one nation; Africans are one people, irrespective of colour, culture or creed.

What is required at this point is to have a different conversation with those who are working hard to push an anti-Christ agenda and to gain control of the wealth of nations. That conversation needs to be about restoration, restitution, and repatriation.

As far as Africans are concerned, there are people who must give back everything they have stolen from Africa, whether it be through colonisation, exploitation or even having a hand in wars and diseases that have ravaged the continent.

It is time for Africa to be restored and rebuilt, and therefore a time to restore back the wealth of Africa.

Positive response to past prayers in parliament stirs faith for answers to Africa...